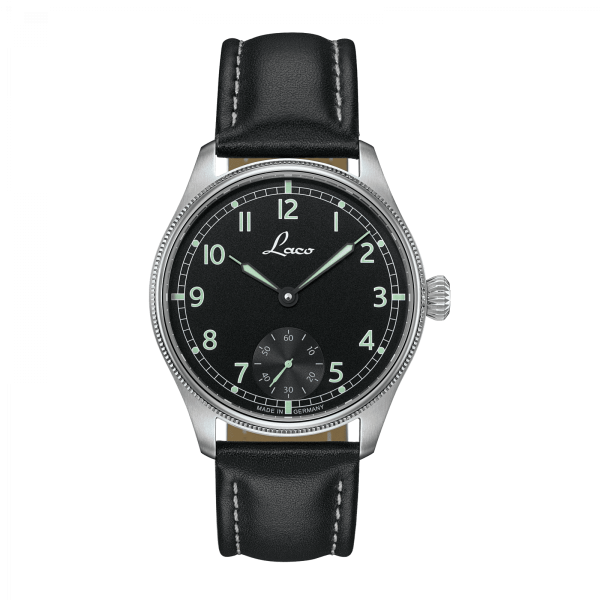 just to give you an idea... 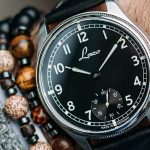 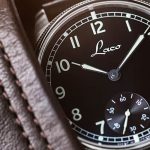 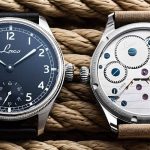 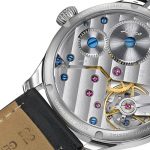 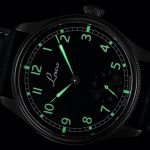 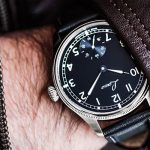 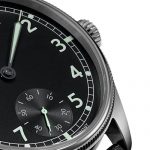 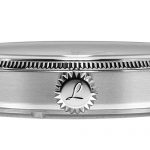 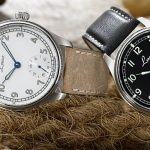 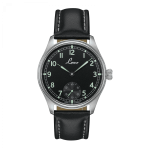 From the classic pocket watch to the modern wrist watch

With this navy watch, Laco combines function and design of two seafaring classics: the 1940s pocket watch and a model resembling the watches of the crew on board of the “U1” submarine. Manual wind movement, dial and casing are essentially just as they were in the watches’ predecessors. However, the modern wrist watch “Made in Germany” has been made to have a more optically pleasing appearance. One special feature is the prominently large transparent base which allows you to see the elegant clockwork.

Seafaring has hugely shaped the development of accurate timepieces. The pocket watch originally served as a means of exact time measurement and to determine geographical distances independently from landmarks. From a visual perspective, the features officially decided upon by the German naval observatory have become popular because of their clear readability – for example, matt-black Arabian numerals and the railway-themed minute circle have been characteristics of Laco pocket watches for ages. This is shown by both the model produced for the German Navy in the 1940s and the modern “Wilhelmshaven” edition. Similar details can in turn be found in the submarine watch with the Unitas clockwork 6498 – a wrist watch which was made in limited edition in collaboration with Deutsche Post in the mid-2000s.

The advent of the new navy watch enables Laco to close the circle and present a modern wristwatch which combines the qualities of the two prototypes. For example, it includes a sturdy stainless steel casing, a subsidiary seconds display in the number 6 position, numerals and indices treated with afterglow Superluminova C3 paint and a wind-up calibre. The Laco 98 clockwork is based on the Swiss ETA 6498.1. Its high-grade components such as the thermally blued screws and various decorative cuts are visibly highlighted by the sapphire glass base.

There are two models in this product line, each with a diameter of 42.5 mm: The bright-coloured “Cuxhaven” variant is beautifully adorned with a white dial and a cream-coloured leather strap, whilst the dark-coloured “Bremerhaven” variant is fitted with a black dial and black strap. The names are evocative of maritime cities – just like with the “Wilhelmshaven” pocket watch. Both of these innovative models reflect past eras and yet have a contemporary maritime look.

Just like the aviator watches, the Laco maritime watches allow you to hold one thing in particular in your hands: a piece of history. Both the aviator watches and the maritime watches from Laco look back on a legendary past and a rich history. The requirements to start constructing them came from the German Marine Observatory in Hamburg, and only a few factories were able to fulfil them in the 1940s. Laco was one of those companies. Today’s watches are still oriented toward the look of yesteryear in their appearance. Thus, with a maritime watch from Laco watch manufacturing you always have a piece of history made in Germany in sight.

PRECISION IN ALL WEATHER.

Since the 1940s maritime pocket watches have been enabling sailors to perform nautical observations and measurements at different points on a ship’s deck. Using these highly precise pocket watches, the exact time of the stationary time measuring station was transferred to the built-in ship’s chronometer when in port – these then were the most accurate clocks at sea.

The design requirements were established and inspected by the Marine Naval Observatory in Hamburg – from the dial and the hand through to the housing. The tests for resistance and the accuracy of the clock mechanism were also carried out by this institution, which was founded in 1887. Today’s Laco maritime watches are based on the classic design that was once prescribed by the German Marine Observatory in Hamburg.

To ensure optimal readability even in darkness, in the 1940s the dials were additionally and completely fitted with active luminous material. This provided unique and optimal readability even in the dark. Today only inactive luminous paints are used on specific components, such as pointers or numbers. They become charged by light and exhibit an impressively long-lasting afterglow.

A SHINING EXAMPLE OF SPECIAL RADIANCE.

If the name is the agenda: the Superluminova C3 is offered specifically for the watch industry, and represents the consistent and extremely powerful further development of luminova. This luminous material is applied, for example, on pointers, numbers or markers, and its main feature is its long-lasting luminosity – in a characteristically evocative and powerful yellow-green hue.

This luminescent material was developed by the Japanese company Nemoto & Co Ltd., and is produced in Switzerland by LumiNova AG. The luminova pigments are inorganic, phosphorescent pigments, which produce an afterglow on exposure to light. In artificial light or daylight electrons are raised to a higher energy level. A simple rule applies here: the longer the duration of light exposure, the longer the luminous material will illuminate. After the storage period has ended, the electrons revert to their basic state, releasing energy in the form of light. Since there is no chemical change during this operation, the pigments will theoretically retain their afterglow properties indefinitely. Thus, you can look forward to perfect legibility of the precise time, every day and every night.

A Laco is more than a watch. It is an expression of character. Because, no matter whether you wear a robust aviator watch, a precise chronograph or a timelessly elegant classic on your wrist: each Laco has a unique character, which is distinguished by the love of detail and passion, with which our watchmakers built it: with complex and sophisticated craftsmanship.